Unsung Heroes of the Storm 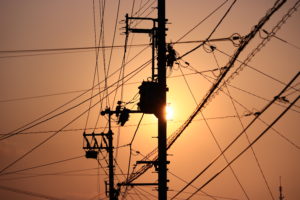 When a devastating storm hit Victoria, one unforgettable evening in June, Prasinus staff prepared to face the clean-up. But no one really knew the extent of the damage until the following day, when the phones started ringing non-stop.

Steve Brown, Spokesperson for energy provider AusNet Services, referred to the storm as, “the worst to impact our network in over 40 years.” The hardest hit communities included Ferny Creek, Kalorama, Mount Dandenong, Olinda, Sassafras, Sherbrooke, The Basin, Tremont, and Upwey.

Wind gusts of over 100 km/h uprooted trees and knocked over power lines, while rainfall caused flash flooding. Around 240,000 people across Victoria were pushed off the power grid.

Homes and cars were crushed by trees, causing panic. The State Emergency Service (SES) was inundated by more than 5,000 calls in a day and only had 1,000 active volunteers on the ground.

Prasinus’s small team of 20 workers accepted the enormous project of removing tonnes of debris, while restoring damaged and fallen power lines as quickly as possible. Their resilience was put to the test with gruelling 10 to 16 hour shifts. Even with Prasinus staff working around the clock, many communities were without power for up to a week.

Prasinus stated that their “20 staff worked around the clock. Their goal was restoring power to residents quickly and efficiently. Their greatest concern was the human impact of the disaster. Although the clean-up took over three weeks, they soldiered on with great energy and determination, and without a weekend or day off. I’m proud of them all.”

It is impossible to express enough sympathy for the loss suffered by so many in the Victorian community. To those who lost loved ones, we offer our deepest condolences.

To those who lost their homes, and those struggling to rebuild, we offer our heartfelt sympathies.

To the helpers who got involved in the clean-up, we sincerely thank you. Your vital contribution and generous spirit is the heart of our community coming together in a time of need.

You are all the unsung heroes of the storm.

The business and standards are led by director Darren Vick, who has acquired complete ownership…

It’s been another huge couple of months for Prasinus and the team. We’ve taken on…

Prasinus are proud to announce that we have achieved certification for: • ISO 9001:2015 (Quality…

Thanks for visiting the Prasinus Energy web site! Please feel free to contact us with…